Two Ghostly Encounters That Made Me a Believer

Thanks for stopping by Entangled's wicked blog hop. Stop by each blog to read something wicked or enter to win a prize.

My name is Linda Bond, and I write romantic suspense. I write alpha heroes who love sassy, sexy women. I don’t write ghosts or werewolves or anything paranormal. Maybe it’s because I’ve lived two real life paranormal encounters and frankly, they freaked me out. Way too close to home, literally.

Both happened at my mother and stepfather’s home in Salt Lake City, Utah. I didn’t grow up there, but my younger brother did. My parents moved the year after I graduated from high school, but my brother was six years younger than me.

Both my mother and brother passed away too young and from tragic circumstances. I kept in touch with my stepfather and one winter, many years after their deaths, I bought my husband and kids to visit my step-dad.

People had been telling me they felt as if someone was watching them as they moved around my step-dad's house. The presence was silent, not menacing, but ever present. I never believed them because I didn’t think ghosts existed and certainly didn’t think they’d spend their days and nights hanging around my stepfather’s house.

It wasn’t until I returned home after one trip and printed out pictures (we did that back in the day) that I saw the ghostly figure in the kitchen window watching us play in the snowy back yard. That image is the silhouette of my mother. I have no doubt. I also know no one was in that kitchen at that moment of that day. No one. I’ve posted a picture of my mother right before she died.

Now here's a picture of the shadowy figure in my mother's kitchen. What do you think? The kitchen was always my mother’s favorite part of the house.

Even after seeing the picture, I still had doubts. But on our next trip to Utah, my husband and I were sleeping downstairs in my brother’s old room. I woke up around 5:30 am because that’s what time I usually get up during the workweek. I was laying in bed, quiet and contemplative, when I heard a voice say, “Come here.”

I didn’t recognize the voice and didn’t see anyone. But when I heard it again, I sat straight up in bed. So did my husband who turned to me and said, “Did you hear that?” I said, “Hear what?” And he said, “Come here.” Holy shit! I jumped out of bed, certain it was my stepfather, but no one was in the living room attached to my brother’s old bedroom. I raced up the steps, checking out the house as I did. Got all the way to the third story, where my stepfather was safe in bed, snoring.

Once back downstairs, my husband asked if I found anyone. I said I had not. He said, “Didn’t expect you to. It was your brother.”

The thought silenced me.

Now, I don’t know about you all, but I don’t think I’m cool with talking to the dead, even if it’s my own brother. So, I kindly asked him to stop talking to us both. I told him I loved him, but he was freaking me out.

I still stay in that bedroom when I visit my dad. And I still believe that house is haunted, but I also think that’s not such a bad thing. If spirits do roam the Earth after death, then there’s no other place my mother or brother would want to be, then up in her kitchen or down in his basement watching me and my family play.

Are you a believer? Why or why not? Leave a comment below.

To read more of what I write

Impact My Next Book

Linda Bond in the University of Georgia Magazine 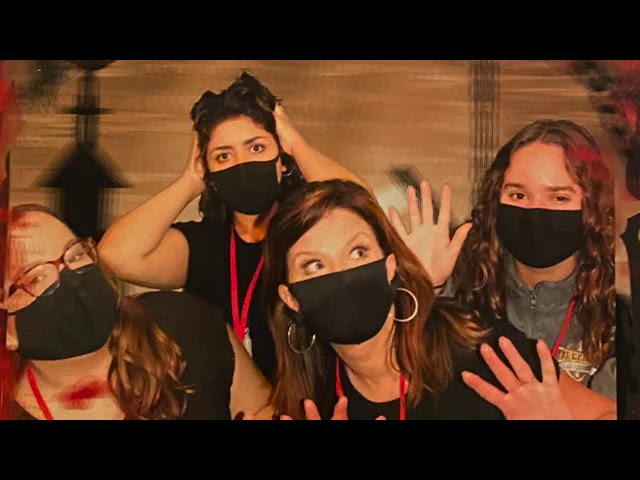 Chills & Thrills with Linda Bond on the Big Conversations Podcast